A Dutch architectural firm draws its inspiration from an amethyst geode in an audacious design that will be rolled out for a chain of new luxury hotels, the first of which is planned for Hainan on the south coast of China.

From the outside, the geode hotel created by NL Architects seems to be split in half. Brilliant purple and magenta “crystals” jut out in jagged angles from the front of the building, while the back has a rounded rock-like shape and muted grey color. 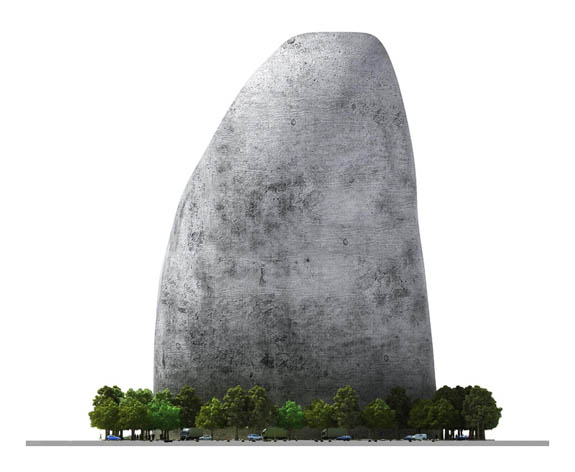 Hotel visitors will feel as if they’ve been miniaturized and placed inside an amethyst geode. Standing in the huge interior void and looking up at the atrium, the traveler will marvel at the immense crystalline clusters that can be seen from the inside. 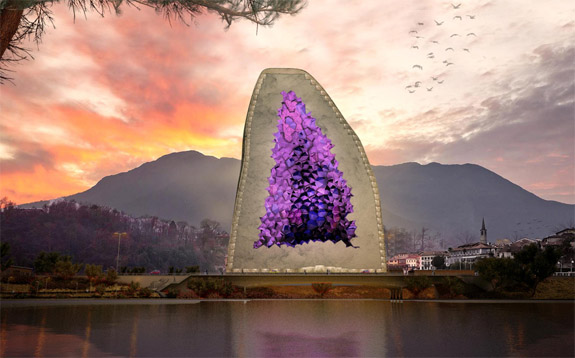 Rooms are located around the central void and feature large crystal-shaped windows that are tinted purple and have been designed to allow for generous exposure to sunlight.

Unlike most hotels, room access is threaded along the outer perimeter of the structure instead of using inside corridors.

NL Architects believes that luxury travelers will be drawn to the hotel not only by the innovative design, but also by amethyst’s positive properties, healing powers and spiritual significance. 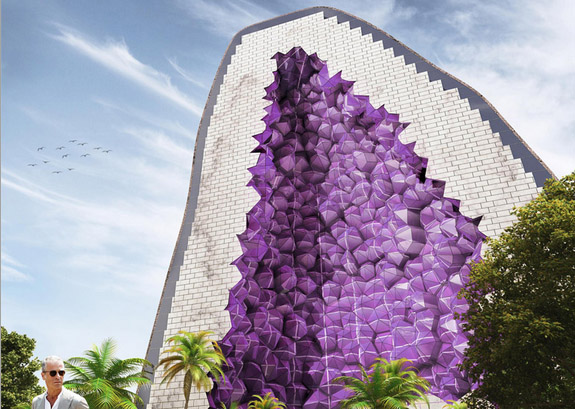 Amethyst holds an important place in the Chinese art of feng shui. A spokesperson for NL Architects said, “Amethyst has the capacity to purify any space of negative vibrations. It calms and cools excessive emotions and eases the transition to a more meditative state by clearing the unnecessary mind clutter.”

The initial Amethyst Hotel is under development on China’s Ocean Flower, a manmade island that juts into the sea north of Hainan, which itself is an island province in the southernmost part of China.